You should never breed chinchillas unless you are experienced, both chinchillas are pedigrees approved for breeding and you have plenty of money and time in the event of complications, which can often occur.

If you have come into possession of a chinchilla who may already be pregnant, please see the ﻿​Caring for a Pregnant Chinchilla guide.

​​​Why you should never breed unpedigreed chinchillas

Passing fatal conditions to the next generation

When non pedigree chinchillas are allowed to breed, there is no way of knowing what serious health conditions you are bringing into the gene pool. The fatal and extremely painful condition malocclusion plagues chinchillas and is often brought into the next generation by irresponsible breeding of unpedigreed chinchillas. There is no cure for malocclusion, so the end result is that the chinchilla is put to sleep to stop them from suffering. This not only breaks the owner’s heart but also results in the unnecessary euthanasia of many, many chinchillas, who would not have had to endure their life ending in this painful way, had the person who bred them acted responsibly in the first place.

Sadly malocclusion is not the only serious health condition to occur from breeding unpedigreed chinchillas, others include life threatening seizures, problems with vital organs such as the heart and kidneys, blindness and not being fully developed. Even if your chinchillas appear totally healthy you have no way of knowing what serious health conditions they could be carrying and pass to their offspring, as you can’t trace their family history back without pedigree certificates. 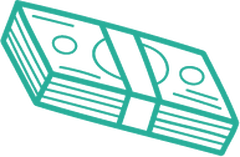 When chinchillas suffer from the serious health conditions listed above, they are often subjected to a life of pain and stress from frequent vets treatment. Often the chinchilla appears healthy at first and the illnesses only become apparent later in life. This causes another problem because the owners may not be prepared for a pet with serious health issues, or have the time and funds to care for their needs properly. Vet bills can be extremely expensive and owners can easily end up in debt to give the chinchilla the treatment they require. Some may decide to re-home, which as well as being unsettling for the chinchilla, can be very difficult to find someone willing to take on a sick animal with such complex needs.

​The breeding of unpedigreed chinchillas is such a problem that all reputable rescue, pet owner and breeder organisations totally condemn this. Allowing animals to breed knowing they could produce offspring with fatal health conditions is extremely unethical and should be taken very seriously.

​Disadvantages of breeding even pedigreed chinchillas

Responsible breeders select the chinchillas they pair together extremely carefully and breed with the sole aim to improve the species. This means only breeding chinchillas that will be stronger and healthier than previous generations and trying to irradiate the fatal conditions that affect chinchillas. You need a high level of knowledge about chinchilla genetics to be able to do this, otherwise you are just breeding for the sake of it. Breeding is a far more complex process than just placing two pedigree chinchillas together.

With this is mind, the disadvantages of breeding chinchillas in general are listed below:

Money: caesarean births are relatively common which can easily cost over £/$1000, not to mention other veterinary care you may need for Mum or kits

Time: be prepared to feed the kits every 2 hours, including at night, as being unable to produce milk is fairly common amongst chinchillas

Health complications: it’s estimated around 20% of kits die. The birth is also dangerous for the Mother as well, many females have died or suffered life threatening complications.

Lethal gene: white or mosaic chinchillas should never be allowed to breed together, nor TOV with one another. Doing so risks the lethal gene where the embryo cannot form and so results in 25% less offspring. It is still unknown whether the embryo does not form at all, or whether it dies inside the female which could cause additional complications. The complex nature of understanding chinchilla genetics is just another reason why only knowledgeable, experienced breeders should breed chinchillas.

Single level cage and denied exercise: For their safety and their kits’, pregnant and nursing chinchillas must be kept in a single level cage and prevented from having playtime or an exercise wheel. Whilst this is necessary to keep them from harm, it means the chinchilla is denied the basic needs of exercise and mental stimulation they should be entitled to. The chinchilla does not choose to have kits and consequently sacrifice their already limited freedom and space in captivity as a result.

Difficulty of finding suitable homes: with so many chinchillas being re-homed or even mistreated by owners who are unable to care for them properly, it’s really hard to ensure the kits go to responsible homes. There are many upsetting stories of those who were convinced they’d found a good home for a chinchilla, only later to find out the chinchilla died due to poor care or had been passed from home to home when the owner grew bored, or their circumstances changed.
Summary - Chinchillas you should never breed

Any history of the fatal malocclusion in the family whatsoever

Any history of fur chewing